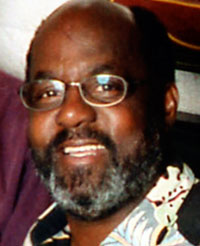 The Annual UC Santa Cruz Tony Hill Memorial Award is selected in recognition of an individual in Santa Cruz County who exemplifies the work and efforts of the late Tony Hill. This award honors individuals for their efforts in seeking solutions to economic and social issues that face our local community, developing innovative approaches and building bridges among diverse populations. The Tony Hill Memorial Award recipient will be recognized at the UC Santa Cruz annual Martin Luther King Jr. Convocation.

Geoffrey Dunn, Ph. D., Stevenson’77, politics: M.A. ‘90, Ph.D ‘04 is an award-winning writer, filmmaker and social activist who has dedicated his life to chronicling the history of racism and oppression throughout North America. A descendant of the Santa Cruz Italian fishing colony, Dunn attended Santa Cruz city schools and received his undergraduate and graduate degrees from UCSC, where he also taught in the Community Studies and Film & Digital Media departments and received an Excellence in Teaching Award. A close friend and colleague of Tony Hill’s, the two worked tirelessly together on a variety of projects dedicated to exposing and ameliorating economic and institutionalized racism in the community. He also served as editor of the award-winning anthology Chinatown Dreams. A featured contributor to the Huffington Post in the early 2000s, he has authored more than one thousand articles in his career, along with numerous books, including two volumes of multicultural regional history, Santa Cruz Is in the Heart.

George Ow, Jr., is a Santa Cruz businessman, entrepreneur and body-boarder, who has devoted most of his adult life to supporting individuals and community organizations providing educational opportunities and celebrating diversity in the Monterey Bay region. He is the son of George Ow and Emily Lee Ow, and the grandson of Sung Sai Lee and Gue Shee Lee, and of Lam Pon and Lam Ow High. He was born in Santa Cruz, California, January 3, 1943, and lived his early years in the Santa Cruz Chinatown with his grandmother Lee's family and the last of the old Chinese bachelor pioneers. A graduate of Monterey High School, Monterey Peninsula College and San Francisco State College, Ow received his M.B.A. from the University of California, Los Angeles. He also served as an officer in the United States Army from 1967 to 1970. He was a close personal friend of Tony Hill’s and, along with Tony, contributed a chapter to the anthology Chinatown Dreams.